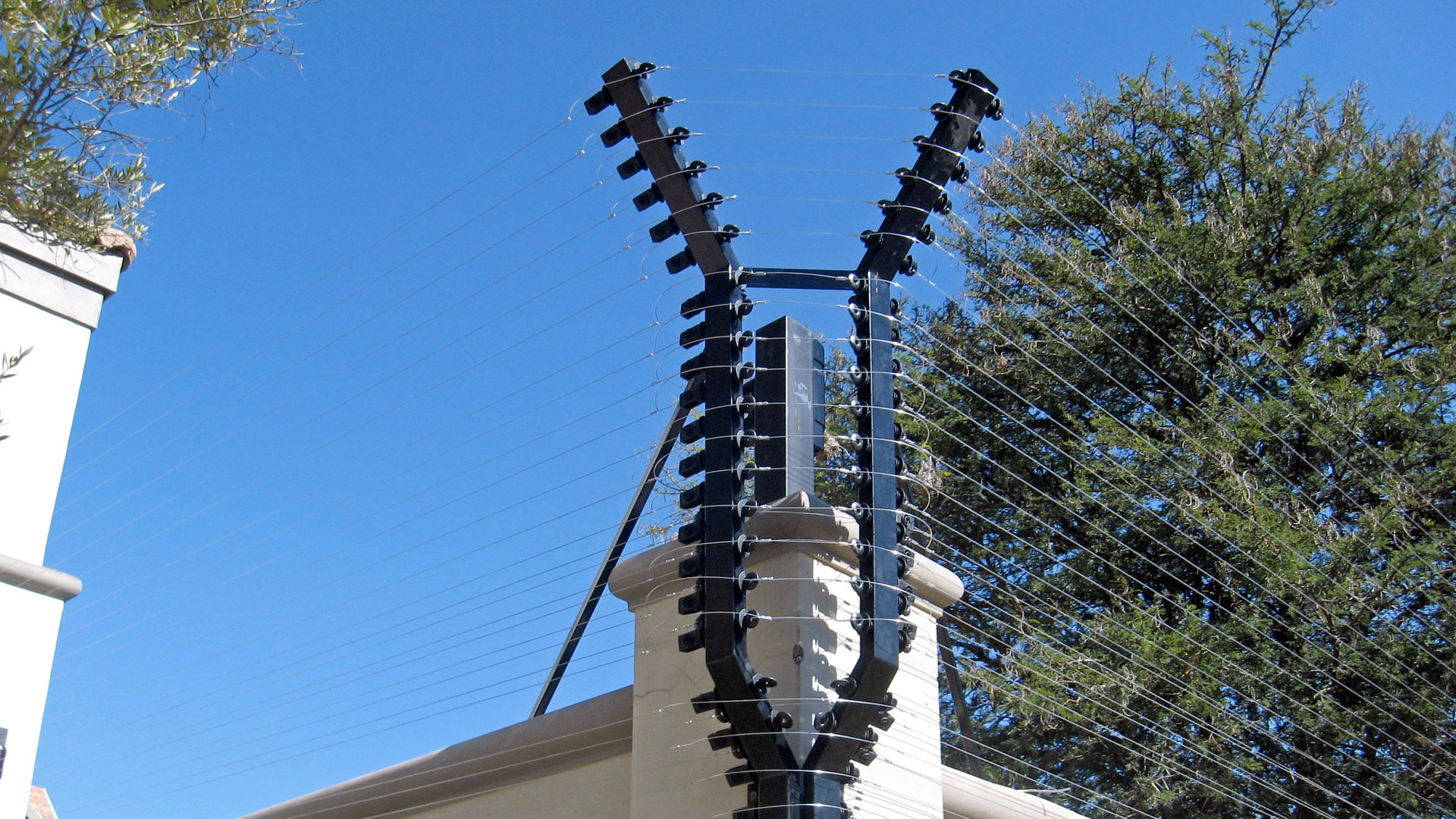 Advantages of an electric fence

AN electric fence was primarily developed for the restriction of animal movement. Since that time the security industry used the initial technology and improved on it to give a system using wires fitted on insulators and powered by an energiser capable of delivering a substantial and most uncomfortable shock.

The energiser in simple terms is a transformer that can convert low power to a huge quantity of power to the person touching the wires. The energiser used for this purpose will not allow anyone to be killed as the unit is designed to allow the power to pulsate on/off on a continuous basis. Therefore unlike power in the house (where the possibility exists that you could die if experiencing a shock), the electric fence power switches on and off momentarily and therefore is termed a non-lethal electric fence.

The professionally-made energisers conform to strict legislation and must comply with such governing bodies as the government, post office and SABS. This legislation has been introduced to stop the public from being fatly shocked. The maximum voltage allowed in South Africa is 10 000.

There is also other controlling legislation such as the minimum permissible installation height, warning signs and earth conductors, etc.

Advantages of an electric fence

There are three main advantages of an electric fence installation:

• The visual protective appearance and this also acts as a psychological barrier.

Should you install a good electric fence then the visual appearance will be a definite deterrent. For example if the house or property next door is not fitted with an electric fence you are at a distinct advantage. The psychological aspect is that you feel safer once it has been installed.

When correctly wired and the right size energiser installed, the shock experienced will be of such a magnitude that it would deter a person from trying to enter the premises.

It places a 24-hour monitor on the perimeter. If wired correctly the electric fence will go to an alarm when the wire is cut or shorted. The electric fence will have served its purpose as an early warning device should the above occur. Unlike most house burglar alarms it will inform you at the property boundary.

Although house alarms are of importance the advantage of a correctly installed electric fence is that: either the person does not try to enter your premises, or, should the alarm be sounded the person is not already in the house or building and therefore time is on your side.

The electric fence can be linked to your existing security service rapid response provider.

By installing a correctly fitted electric fence the chances of the criminal gaining access, or for that matter been able to make a quick escape and/or get-away are very much minimised and therefore you are at a distinct advantage over a property not fitted with electric fence.